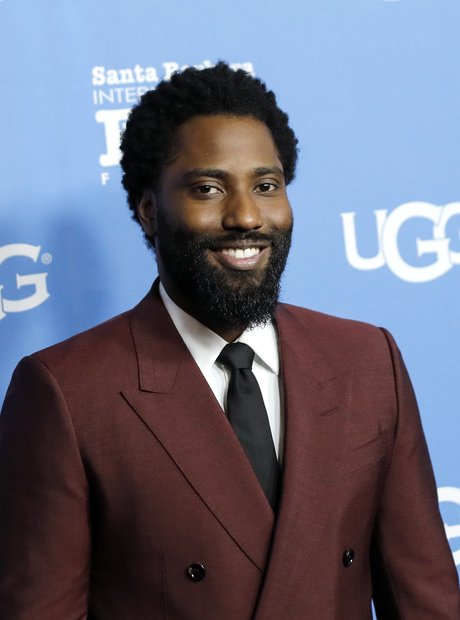 John David Washington is an American actor and former American football running back. He played college football at Morehouse and signed with the St. Louis Rams as an undrafted free agent in 2006. After a brief stint in the NFL, Washington pursued an acting career.

He rose to prominence for his performance as Ricky Jerret on the HBO series Ballers (2015–2019). He also appeared in the films Monsters and Men (2018), BlacKkKlansman (2018), and Tenet (2020). In 2020, he starred in Christopher Nolan’s action-thriller film Tenet, which earned him critical acclaim and a nomination for the Screen Actors Guild Award for Outstanding Performance by a Male Actor in a Leading Role.

• He was in the military for four years, serving as a tactical cryptologic language analyst in the US Navy.
• He was a star running back at Morehouse College, playing in the Division II Southern Intercollegiate Athletic Conference.
• He was a backup quarterback at the University of California, Los Angeles, when he was in college.
• He was a professional football player with the United Football League’s Sacramento Mountain Lions in 2012.
• He is the son of Denzel Washington and Pauletta Washington.
• He was a stunt double for his father on the set of “The Book of Eli.”
• He was an extra in Spike Lee’s “Miracle at St. Anna” in 2008.
• He is an avid reader, having recently read “The Autobiography of Malcolm X” and “The Four Agreements” by Don Miguel Ruiz.
• He was a member of the cast of HBO’s “Ballers” from 2015-2017.
• He starred in Christopher Nolan’s “Tenet” in 2020.
• He was the first African American to be named GQ’s Man of the Year in 2019.
• He is an executive producer on the HBO series “Lovecraft Country.”
• He is an ambassador for the United Nations Children’s Fund.
• He is a certified yoga instructor.
• He attended the Professional Performing Arts School in New York City.
• He was part of a sketch comedy group called “The Brothers hysterical” while in school.
• He was a DJ in college, going by the name “The Real D-Dub.”
• He was a member of the Phi Beta Sigma fraternity while at Morehouse College.
• He is a huge fan of hip-hop and rap music.
• He is passionate about activism and social justice, having recently founded the Washington Justice Project.
• He has a master’s degree in communication from Fordham University.
• He is an avid basketball fan, having grown up playing the sport.
• He is an amateur photographer and cinematographer.
• He is an animal lover and has a rescue dog named “Penny.”
• He is a big fan of the Los Angeles Lakers, having been a fan since childhood.
• He is an avid traveler, having recently visited Morocco and France.
• He is a huge fan of classic