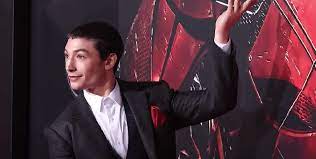 Ezra Miller is an American actor best known for his roles in films such as We Need to Talk About Kevin, The Perks of Being a Wallflower, and Fantastic Beasts and Where to Find Them. Miller began acting professionally at the age of nine and has since appeared in various television shows and films. In 2018, he starred in two critically acclaimed films, The Miseducation of Cameron Post and Fantastic Beasts: The Crimes of Grindelwald. Miller is also an accomplished musician who has released several EPs under the moniker “Sons of an Illustrious Father”.