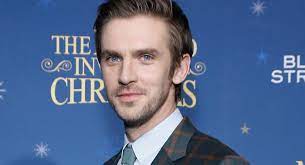 Dan Stevens is an English actor best known for his roles in the films Beauty and the Beast, The Guest, and Night at the Museum: Secret of the Tomb. He is also known for his role as Matthew Crawley in the ITV period drama series Downton Abbey. He made his West End theatre debut in the 2007 production of The philanderer, and has appeared in several other stage productions. He has also voiced animated characters in the films The Star and Isle of Dogs.

• He developed a passion for acting at the age of 18 while studying English Literature at Emmanuel College, Cambridge.
• He was a member of the Footlights Dramatic Club, a theatrical club run by the students at the University of Cambridge.
• He is a horror movie fan and has a special interest in zombie films.
• He married singer and actress Susie Hariet in 2009.
• He is a classically trained singer and has released two albums.
• He was a series regular on the popular British television series, Downton Abbey.
• He has appeared in several films, including The Guest, Beauty and the Beast and Night at the Museum.
• He has also guest starred in various popular TV shows such as Doctor Who and Sherlock.
• He has received several awards for his acting, including a British Academy Television Award for Supporting Actor in a Drama Series.
• He is a vocal advocate for animal rights and works closely with charities such as PETA.
• He is an avid reader and often reads several books at once.
• He was born and raised in Croydon, South London.
• He has a degree in English Literature from the University of Cambridge.
• He is a huge fan of the Star Wars franchise and has seen every movie in the series.
• He has a passion for music and plays the guitar and piano.
• He is an avid traveler and has been to over 20 different countries.
• He is a fan of the British comedy show, The Mighty Boosh, and has appeared in a few episodes.
• He is a huge fan of Shakespeare and often reads his plays to stay in touch with the classics.
• He is a supporter of the LGBT community and is a vocal advocate for equality.
• He wrote and directed a short film called, The Ticket, in 2013.
• He is a passionate advocate for mental health awareness and often speaks publicly about his own struggles with depression and anxiety.
• He is a big fan of the Harry Potter book series and can recite several lines from the books.
• He is an active philanthropist and often takes part in charity events.
• He is an avid fan of professional wrestling and has attended several WWE events.
• He enjoys participating in charity runs and is an avid runner.
• He is a big fan of video games and often plays them in his spare time.